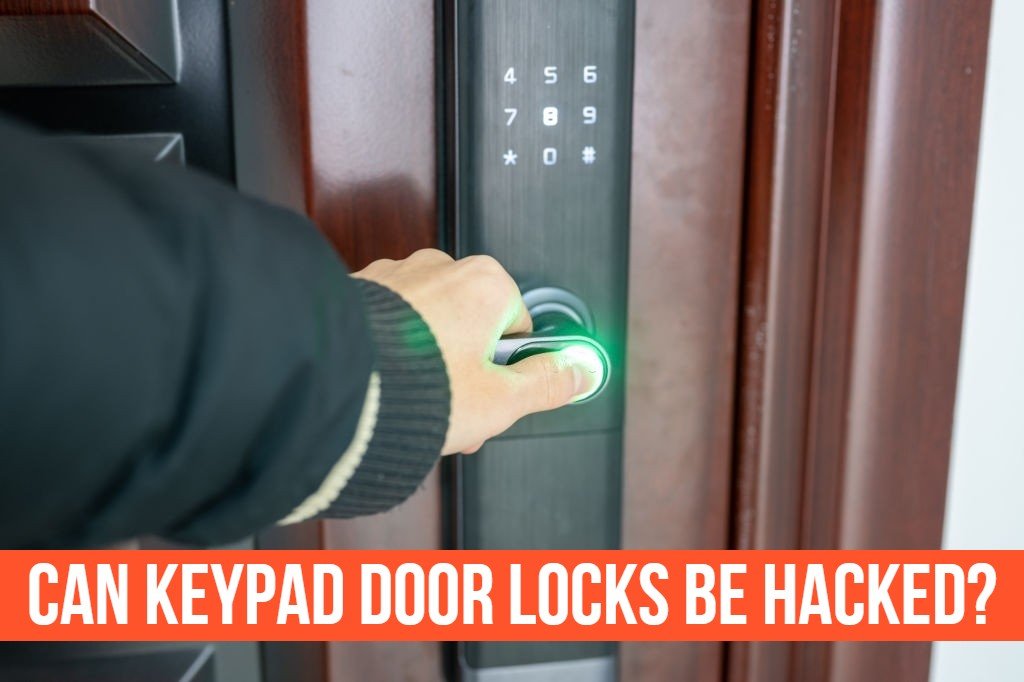 It’s difficult to carry keys for your front door and garage, and there is a lot of fear of losing the key, the internet gives the advantage to the people to get rid of keys by giving the advantage of an electronic version of the door lock device. And, you’re probably familiar with the idea of “keypad door locks.” These lock systems allow for quick access into your home or office without requiring a physical key just a few taps on the keypad and you’re inside.

However, anything that is connected to the internet is a potential target for hackers, and door locks are no exception. These days, there are many home and business owners who are concerned about their security. In this article, we will take a look at the latest hacking techniques and the possibility of a keypad door lock hack.

What are Keypad Door Locks?

Understanding keypad locks and how they can be hacked, you need to understand the basic working of these locks. When you enter the code on the keypad, it sends a signal to the lock. This signal tells the lock to unlock. The problem is that this signal can be intercepted and copied. This means that someone could enter the code on the keypad and unlock the door without knowing the code.

How Keypad Door Locks can be hacked?

There is no definitive answer to this question as it depends on the specific make and model of the keypad door lock in use. However, it is generally considered that smart locks are vulnerable to hacking when the correct tools and techniques are used. As such, it is important to use a keypad door lock with a strong encryption protocol and that your password is sufficiently complex.

If you think that hacking the signal is easy, you are wrong. Hackers use a technique called “wireless signal hacking.” This is done by intercepting the wireless signal that is sent from the keypad to the lock. This is possible because wireless signals are not encrypted. They are sent over the airwaves and can be intercepted by a hacker.

If the keypad door lock uses a plain text password, it can be easily hacked. This is because the password is sent as clear text over the wireless signal. As such, anyone who intercepts the signal will be able to see the password.

If the keypad door lock uses a weak encryption protocol, it can be hacked with a brute force attack. A brute force attack is a method of trying every possible combination of letters and numbers until the correct password is found. This can be done with a computer program that automates the process.

A device spoofing attack is a technique that can be used to make the keypad door lock believe that it is receiving a valid signal from the keypad. As such, it can be tricked into unlocking the door. This is done by using a device that simulates a keypad.

How to prevent a keypad door lock from being hacked?

For your keypad door lock to stay safe from being hacked, you need to ensure that the following points are in place.

It is important to ensure that you are buying smart locks from companies that have a good reputation for quality. If you buy a smart lock from a company that is not reputable, you will be putting your security at risk.

Smart locks must use a strong encryption protocol. AES encryption is a widely used protocol that is considered to be the strongest available. When you encrypt your door only weakly, your door can be unlocked by a hacker by intercepting the signal.

Many keypad door locks support 2-factor authentication. This means that you need to provide both a password and a verification code before the door can be opened. This helps to ensure that the password is not being shared with other people and that it is not easily guessed.

5. Keep the Firmware up to Date:

If the firmware is not updated regularly, it can be vulnerable to hackers. Hackers can use a program called “Flashlight” to hack the smart lock. As such, it is important to ensure that you keep the firmware up to date.